Featuring interviews with both celebrities and ordinary folks who have overcome adversity to succeed, to inspire others to Never Give Up.

Based on the Japanese proverb that reads,“Fall down seven times, stand up eight,” we resolved not only to stand up, but to RISE UP above the challenges that face us to achieve the “impossible”.

Rise Up Eight is an international volunteer organization, You will find all of our brand assets here.
Please email info (at) riseupeight (dot) org if you need anything more.

Rise Up Eight’s mission is to inspire others to overcome challenges by sharing the stories of people who have faced and overcome adversity.

Michael Nova interviewed by Lamont Patterson of I AM INDY

The Dots Podcast with Kathleen Buczko 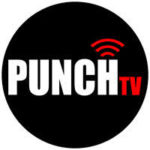 Michael Nova on The AME Radio Show (I Heart Radio)

Interview with Ali Salman of Escape 9 to 5

Interviewed by Jeff Boss of the chaos cast

Michael Nova interviewed by Luke Iorio on One Idea Away

Michael Nova interviewed by Dara Shashoua of A Chronic Entrepreneur

Michael Nova interviewed by Ricky Singh of The Startup Growth

Michael Nova has developed a proven track record of overseeing multiple businesses & creative projects simultaneously, both as a creative artist and entrepreneur.

As president of Nova Music Productions, Inc., Michael was featured in The New York Times as a pioneer in offering multiple services to independent artists in the music industry.

He also co-founded Metrofly, a non-profit organization that hosted fundraising events for charity as a way to give back to the community.

Then, with the intention of also making a difference through his creative work, Michael independently funded and created the music and film multimedia project, X: The Human Condition with his music group, X: THC – A new musical sound that captured the emotions and heroic reactions people are capable of having when faced with extraordinary adversity. This multimedia project has received rave reviews globally, from Europe, Australia, Africa and Asia to North & South America. To date, the majority of all proceeds have been donated to charity.

”A hypnotic and chilling journey that examines the complexities of human nature”– SphereMag,UK

“It is more than just an album, it is an audio-visual assault on your senses….a brilliant work of art.”– TheScene,AU

“The DVD is awesome and fills one with a sense of yearning…wonderful exploration into relationships and searching for a change…I was captivated.”– Pop Syndicate

“The haunting and hypnotic melodies plus the dark yet uplifting film seem to remain in your thoughts long after you’ve finished them.” – BlogCritics

Continuing his commitment to supporting people that face adversity through his music, Michael has now founded RiseUpEight.org as the next level in this exploration of the human condition, featuring interviews with people worldwide overcoming adversity and succeeding in life.

Scroll back to top