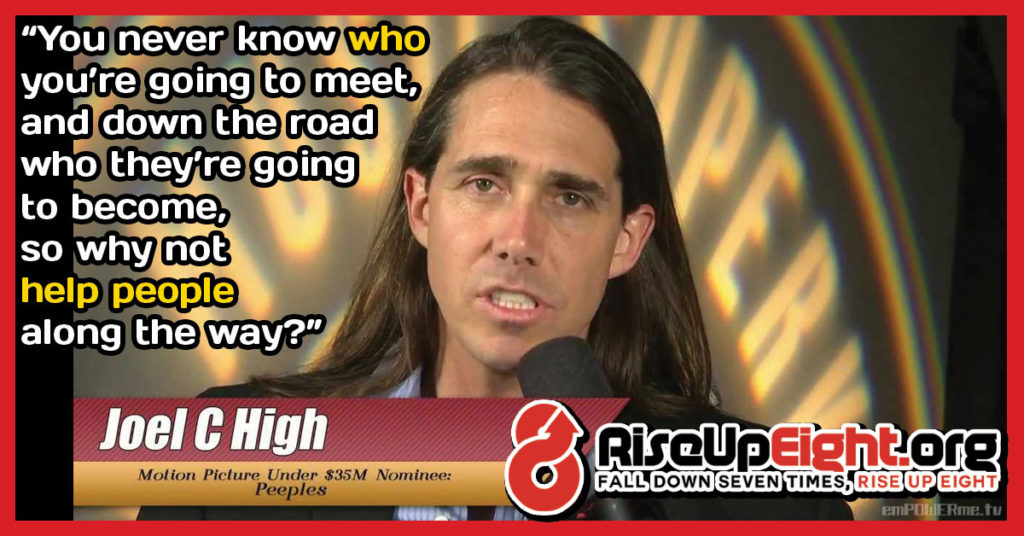 Joel C. High is a music supervisor and producer with credits on over 100 TV and film projects including Saw, Monster’s Ball, Girl with a Pearl Earring ,The Devil’s Rejects Akeelah and the Bee and all of Tyler Perry’s films including I Can Do Bad All by Myself (for which Joel was nominated as the Outstanding Music Supervisor of the Year) .

CLICK PLAY To hear the featured musical soundtrack
to this interview by X: THC.

He was responsible for heading up the music departments for Trimark Pictures and Lionsgate Entertainment and he started the soundtrack label Lions Gate Records.

Joel also supervised the music for Lionsgate television, including the Golden Globe®-winning series Weeds, and the show The Dead Zone.

Today Joel runs his own company,Creative Control, specializing in music supervision, production, live events and consulting and works with clients from independent studios to international governments, but with all of his success, he still finds it important to mentor and help others as a way of paying back those who helped him along the way.