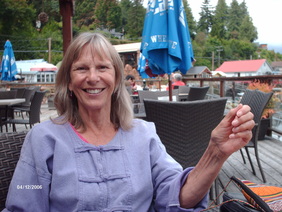 Trysh’s book, Triumph, became a bestseller in Canada and a Top Seller on American Amazon. A new edition of the book, with a new epilogue, is to be released October 15, 2016 at Amazon. An e-book and audiobook are planned.

We are happy to see that Trysh is really enjoying life right now. Her story is inspiring in that she has recovered from so much. It reinforces our belief that no matter how many times you fall, you can always rise one more time.

8 thoughts on “Childhood Incest Recovery – A Journey Of Healing”